Easy Steps to Save Android Battery - Android is experiencing a very rapid rise and more and more also asked by its users. This is because android can be used easily by users who are new to know, but it also has a good performance android that invites many people to use android. 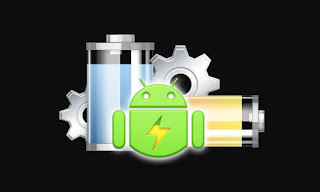 In addition there are many features and applications on android that can be obtained easily, of course the application can facilitate daily activities. There are many applications contained on android as well as to communicate using social media and search for information on the internet with ease.

To run the application, android must also have enough battery power so as not to disrupt the activity when using the device. As well as playing a game suddenly the battery runs out, of course it makes us upset. Thus many android users are looking for ways to save android battery to be used longer.

Here are some ways that can be done to save the use of android battery.

To save battery usage can be done with regard to connection problems in the device. If the connection on the unstable android will make the android work harder to find a signal so that it can launch the connectivity that occurs, so that android can become hot when the signal is in a state of weakness and of course will require more battery power. With so the battery is on the android becomes drained quickly so quickly run out.

For that use another internet connection such as wifi or hotspot the signal is good. If using a SIM card, then find a location that there are many signals so that the connection is more stable and android does not heat quickly. Because the signal can also be a cause of android easy to heat.

2. Turn off wi-fi, data or bluetooth

To be able to save battery usage, it's good to turn off existing features on android devices such as wi-fi, mobile data and bluetooth is on. Many people are always underestimating this, and instead activate internet data and wi-fi so on. In addition to lavish quota, of course this can make the battery runs out quickly because if the connection continues to occur on the device will certainly require battery power. That is the reason why the android battery can run out quickly.

The use of GPS on android is very useful, but it can also drain the battery if it continues to be activated continuously. For that try to turn off this feature when not in use in order to save battery usage so as not to run out quickly.

Android screen is too bright can also make the battery drained out. So what's the salhany for reducing screen brightness and dimming the screen on the device when it's not being used to save battery so that it does not run out fast.

That's some simple ways that can be done to save battery on android, there is no harm in trying to save battery life on android so that the battery becomes durable and stay durable.
Facebook
Twitter
Pinterest
More
Less
Tumblr
Mix
E-Mail
GMail
LinkedIn
Reddit
XING
WhatsApp
Hacker News
VK
Telegram
OK
Messenger
Line
Copy Link