In today's modern era, who is not familiar with computer technology? Almost all human work is helped by this technology. The development of technology, sometimes we as humans rely too much on all the work of using a computer with a system that has been designed in such a way, even in some companies in Indonesia have reduced human resources on the grounds that all processes can automatically be done by a computer system, this is the risk we receive with the development of technology. However, we all need to know that not all technologies can work well without interference from humans, one example of an airplane. 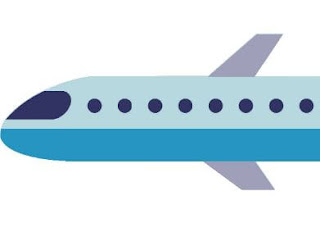 What is an Airplane?

Airplanes are air transportation equipment designed in such a way through long research processes. As the times developed, various types of aircraft appeared. Airplanes can be flown by one pilot or more than one pilot depending on the type of aircraft itself. Of the many types of airplanes, the way to fly them together is the same, even almost all airplanes now can fly in autopilot mode.

Autopilot is a system used in aircraft, in the world of aviation is often called Auto Flight System. When using this autopilot mode, the plane will fly anywhere according to the data entered by the pilot. With this mode, the task of a pilot will be lighter, of course.

This autopilot is developed from computer microprocessor technology, which all systems on the aircraft itself will be integrated with this computer technology, for example such as navigation systems, powerplant systems, electrical systems, hydraulic systems, etc.

What is the Pilot's job when AutoPilot?

Many people say, when the plane is flown on autopilot, the pilot's job is to stay relaxed and even sleep. We need to know, the autopilot system does not replace the overall pilot job, the pilot must monitor all the systems that work. Although the aircraft is now very sophisticated, even landing on autopilot, a pilot must not rely too much on this system. Many events happened for example, "Asiana Airlines Flight 214" July 2013 crashed during landing preparations, because the pilot mistakenly set autopilot (Washington post, originally published jan 14,2016). So the task of the cockpit pilot is to monitor all the running autopilot systems, and make sure the autopilot runs according to what the pilot wants.

Before becoming a pilot who has a CPL-IR / ME license, the prospective pilot (student pilot) must understand the standard competency as needed by a pilot, one of which is understanding the autopilot system (real flight / simulator). Each Flying school before graduating a student pilot must ensure that the student has the appropriate competency standards, because the quality of the pilot depends on the results of the Flying school training that graduated.
Facebook
Twitter
Pinterest
More
Less
Tumblr
Mix
E-Mail
GMail
LinkedIn
Reddit
XING
WhatsApp
Hacker News
VK
Telegram
OK
Messenger
Line
Copy Link