In everyday life a pilot works in the cockpit and requires them to be exposed to sunlight often in high intensity. Therefore sunglasses help protect the eyes as the most important sensory assets in the human body from ultraviolet radiation or the threat of foreign objects that will enter the eye. Besides functioning as a protector, sunglasses also help optimize the ability of the visual senses to see indications and instrument information on aircraft, determine the attitude and direction of the aircraft, the location of the runway and so on. Today's modern era has many types of glasses, one of which is polarized (polarized) glasses. However, pilots are not advised to use polarized glasses by flight schools

What are Polarized Glasses?

In everyday activities, especially those that are outdoor, we see based on the light entering the eye. Light consists of different waves, consisting of upright (vertical) and flat (horizontal) light. Vertical light is used by humans to see clearly, whereas horizontal light produces glare which interferes with the ability of human vision. Polarized glasses function to filter the horizontal light so that it enters the eye only vertical light. 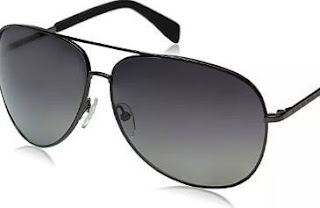 Recommendation not to wear Polarized glasses from flight schools

Modern airplane instruments are now mostly using Liquid Crystal Display (LCD) which is actually equipped with anti-glare coating so polarized glasses will actually reduce the pilot's ability to read the instrument's indications and information. Besides that polarized glasses can also reduce visibility because the light on the windscreen of an aircraft does not look perfectly reflected which results in a decrease in visibility. The American civil aviation authority, the Federal Aviation Administration (FAA), has issued a Pilot Safety Brochure entitled Sunglasses for Pilot: Beyond The Image regarding the advice not to wear polarized glasses when flying
Facebook
Twitter
Pinterest
More
Less
Tumblr
Mix
E-Mail
GMail
LinkedIn
Reddit
XING
WhatsApp
Hacker News
VK
Telegram
OK
Messenger
Line
Copy Link