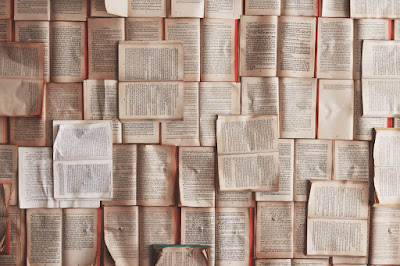 Numerous biological, psychological, social, cultural, individual and developmental models are associated with the progression of health consciousness, functional dependency, health-related behaviours and health status (Germov, 2014). Health status is a complex state that should be the overview in a holistic manner. Mental heath lth practitioners and professionals have developed theories and models to elaborate on the relationship between health-conscious, health-related behaviour and functional dependency concerning the developmental course and consequences (Barkley, 2009).

This section provides a critical overview of theoretical model, i.e. Biopsychosocial Model,  Transtheoretical model and Health Belief Model. These models better explained the aetiology as well as the relationship of the variable to provide in-depth information about the health status.

Biopsychosocial model signifies the biological, psychological and social aspects of health-related behaviours, functional dependency and health consciousness. According to the biological model, the people inherit healthy health habits from their parents in heredity (Smith, 2002). Some studies suggest that those parents who maintain their positive health-related behaviour, increases the likeliness that their children will also develop healthy health habits.

According to some other studies temperament also found to be associated with health-related behaviours, e.g. a few people have the natural or biological instinct towards performing the particular action such as a few children display pleasure and perceptual sensitivity in particular task or play.  While the other people manifest surgency control, fear, and frustration in similar circumstances. Similarly, according to the biological model, some people develop preventative health-related behaviour in their childhood due to temperamental attributes that further leads to well-maintained health status in older age. In contrast, some people develop health risk behaviours due to temperamental characteristics that lead to functional dependency and lack of health consciousness among people in their older age (Stineman, & Streim, 2010).

The social model highlights all the social determinants that are associated with health status in positive and negative ways. A sedentary lifestyle is one the most significant aspect of health-related behaviour, as the modern civilisation has made the human life massively mechanical (Van de Velde, Eijkelkamp, Peersman, & De Vriendt, 2016). People do not practice physical activity rather they prefer indoor activities and remain seated for several hours that adversely affected their health status (Smith, 2002). Secondly, health literacy is very uncommon in underdeveloped countries; people are not fully aware of their health status and proper dietary plan to follow.

As a result, they suffer from poor health status and functional dependency even in late adulthood. The people do not consult doctors and miss or skip the appointments due to health illiteracy (Borrell-Carrió, Suchman, & Epstein, 2004). For them, a regular examination is extraordinary and unnecessary for human health. Another aspect of health literacy is that people do not understand the medical terminologies and recall the medicine name by their colour shape and size instead of reading labels (Stineman, & Streim, 2010). These signs have been found to be common even among literate and young people as well.

Furthermore, these health behaviours become rigid and inflexible in older age. The incomplete information on medical forms also indicates their negative health-related behaviours. Poor socioeconomic status also contributes to the development of risky health behaviour as the primary motive of such people revolves around basic need, i.e. diet and shelter. For them, education, health literacy, and preventive health behaviours become a secondary motive. As a result, they do not focus on such health-promoting behaviours(Stineman, & Streim, 2010). Other multiple social aspects affect the health status among the elderly population. The belief, prejudice, discrimination and social standards play a significant role in the development of risky health behaviour.

The psychological aspects are critical and most alarming for the mental and physical health status of the elderly population. It covers the negative approach towards life including self-esteem, self-concept, negative thinking, schema and cognitive distortion that promote the risky health behaviours among people due to lack of health consciousness that further leads the functional dependency among the elderly population.

Prochaska and Diclemnate (2005) develop Transtheoretical Model for behaviour modification cornering the health-related choices(Van Leer, Hapner,  & Connor, 2008). According to Prochaska and Diclemnate behaviour, change or behaviour modification is a complex phenomenon and cannot be changed abruptly (Van Leer, Hapner,  & Connor, 2008). The behaviour may change following a series of step including pre-contemplation, preparation, contemplation, maintenance and termination (Nidecker, DiClemente, Bennett, & Bellack, 2008). The successful completion of one stage to another needs consistent supervision and intervention (Huang et al., 2015). Although the transitional model is fundamental in the behaviour change process, it also indicates some drawbacks it ignores the significance of social support and social set up (Mahmoodabab, Mohammadi, & Abad, 2013).

The interpretation of actual events and realistic approach towards comprehending the cause and effect relationship between events also contribute to developing preventative and risky health behaviours (Jones et al., 2015). The perceived severity, perceived susceptibility, perceived barriers and perceived benefits are the key constructs of the health belief model. These construct direct or shape the health-related behaviours among elderly peoples.

This section provides a critical overview of Theories of Health, i.e. Theory of Planned Behaviors, Functional Theory and Conflict Theory.

Ajzen (1985) proposed the theory of planned behaviours that stressed upon the intention to perform a particular behaviour. According to this model, the intention of an individual plays a vital role in developing any habit or healthy behaviours. The other key determinants of this behaviour refer to the subjective norm, behaviour intention, attitudes, and perceived behaviour control.

The functional theoretical model explains an extensive framework that underpins the society as a multifaceted system whose element coordinate collectively to support solidity or stability. These system overviews the society as a macro-level approach and covers both aspects, i.e. social structure and social functions (Stineman, & Streim, 2010). The functionalist theory stresses the role of effective medical care and Health Status for a productive life and appropriate behaviour for performing social functions or actions. Illness refers to the inability or lack of capability to execute roles particularly in society, and societal stability deteriorates if the number of people is sick. The sick people cannot perform their roles. As a result encounter “poor return” to society (Van de Velde, Eijkelkamp, Peersman, & De Vriendt, 2016).

Similarly, the availability of poor medical care or limited access to health care facilities is also alarming for the society, as ill people face trouble in health recovery; furthermore, such issues pose a danger to healthy people (Germov, 2014). The functional theory discourages the role of society towards ill people and suggests following the multiple expectations (sick role) to consider an individual legitimately sick. First, the sick people should not be labialized or discriminate for having the health issue (Stineman, & Streim, 2010). For example, if the victim of obesity intake more food, he receives the least sympathy as compared to those obese people who follow the balanced diet plan. Likewise, a drunk driver death causes less sympathy than sober driver accident death. Secondly, sick people labelled as Maligning instead of legitimately ill if they prolonged their symptoms and pretended to be unwell for a long period (Borrell-Carrió, Suchman, & Epstein, 2004).

Third, it is obligatory for sick people to get confirmation of his/her illness from the physician otherwise he/she has no right to pretend sick. Physicians also play an imperative role in the diagnoses, prognosis and treatment of illness (Van de Velde, Eijkelkamp, Peersman, & De Vriendt, 2016). To achieve an optimal level of health status, the collaboration between physician and patient is significant, such as a patient ought to authentically and appropriately answer the physician’s question regarding medical examination and follow the prescription as well (Germov, 2014).

The functional theorist enlightens that why sick people behaved in particular modes; and the literature reveals the cause and effect relationship between stimulus and response of behaviours. According to qualitative and quantitative data, the people prolong their medical or psychological symptoms to avoid the responsibility for their actions and obligation. A longitudinal intervention based study has been conducted on the major depressive patient the patient received a proper treatment plan, but she got relapses each time after recovery and consciously or consistently found to indulge in prolonging the symptoms of her mental illness. The findings of the study indicated that being a patient with Major Depressive Disorder escape her from all the roles and responsibility (Borrell-Carrió, Suchman, & Epstein, 2004). Literature also suggests that those people account for more psychopathology that has committed criminal or immoral acts and justify their sins or crime by highlighting the signs of insanity for their defence.

Conflict theory addresses the economic and political aspects that create social disparities such as inequalities, discriminations, prejudice, radicalisation, conflicts and fundamental disorientation (Germov, 2014). The economic and political disparities in class produce disproportion and unfairness regarding ethnicity, social class, race, socioeconomic status, gender and the people build up rigid stigmas and inadequate reaction chains in response to such discriminatory behaviours that reproduced physical and mental health issues.

Literature recommended that apparently, the disadvantaged social backgrounds of people are the cause of mental and physical illness and disadvantaged background oriented people are more vulnerable to acquire mental and physical illness. Furthermore, once they become sick, inadequate and insufficient health care system and lack of accessibility to health care facility makes the recovery of the patient more difficult (Germov, 2014). The conflict theory highlights the contradiction between social and medical theory. The medical model prognosis diagnoses all human problems and illness as medical problems, and disregard the psychosocial etiological factors of health and illness (Stineman, & Streim, 2010). For example, Attention Deficit/Hyperactivity Disorder used to be diagnosed and treated following the medical model by the physicians. In the last few decades, the physician used to prescribe a drug Ritalin to diminish the hyperactive symptoms of the child, as the ADHD simply used to take as a hyperactivity disorder. The doctors and manufactures of Ritalin ignored the possible social roots causes of their Hyper Active behaviour such as schools environment, teacher-child relationship, inadequate parenting, and gender discrimination (Van de Velde, Eijkelkamp, Peersman, & De Vriendt, 2016). According to a qualitative study, the boys manifest more hyperactive symptoms as compared to girls. Furthermore, the socio-cultural theory overview of the cultural and social factors significantly associated with ADHD are maternal illiteracy, maternal depression, premature marriages, and preeclampsia during pregnancy.

Another significant example of social conflict theory illustrates the people behaviour towards medical models (Borrell-Carrió, Suchman, & Epstein, 2004). The patients of eating disorder consult physicians and doctors for their problem instead of a psychiatrist, psychologist, or other health-care practitioners. Although the management of Eating Disorder is purely psychosocial, counselling oriented but the physician and the people consider it as a medical disease. According to Germov (2014), the chief cause of Eating Disorders is the national and international standards of beauty that have adversely affected the health status of the people. The social standards had made the human health status in danger, and there are the needs to psycho educate people about health and illness.